Party means ‘social gathering of people, usually along with eating, drinking and entertainment’, it seems. May be that is why everyone wants to be in a winning political party-because they want to keep enjoying. I don’t have a problem with partying, but partying means only drinking aa? Arre, you can enjoy without drinking also. You forgot pani puri eating competition we used to have when we were kids? At the end of the competition we always had a very happy and fully satisfied winner, the pani puri waala! My pani puri waala toh used to give so fast, that before I ate one, he will keep three in my plate, so fast that I forgot counting and he used to say 5. I had only 30 rupees so I used to lose.

What was I talking about? See like this only I used to forget! Haaa, partying! Starting starting, I used to see movies and think that Devdas only drank to forget his girlfriend. Then, movies also teached that posh people usually celebrated with holding drinks. So movies made me think ki if we drink, we will forget everything and we will feel rich. Cheaters! May be Vijay Mallya produced all Devdas movies secretly to become rich. Now honey singh also will start one liquor brand soon, you see, I am telling no, you see! Before, when my friends used to ask me to drink I used to get afraid, I thought ki I will lose control and tell off all my secrets, like, I saw that desibaba site when I was in 9th class only, that I liked this girl in office or I will dance like mad and do something which my friends will record and tease me later. So, I always said, I will drink, but not now, later. Because I wanted to know how it was, but was afraid. Afterwards, I drank beer with my close friends once, it was 70 rs!! And it tasted awk thu! But they said, arrey take one Manchuria.. then take sip, taste will go. It should be chilled and that dirty taste will be less. I thought why give so much money, why drink secretly, all for this dirty taste. Then next time my friends said ki taste different thing. That also was khhhrrwwaak thu, from the epiglottis!
END_OF_DOCUMENT_TOKEN_TO_BE_REPLACED 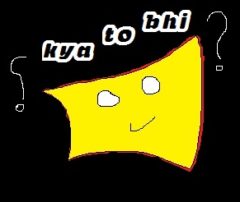